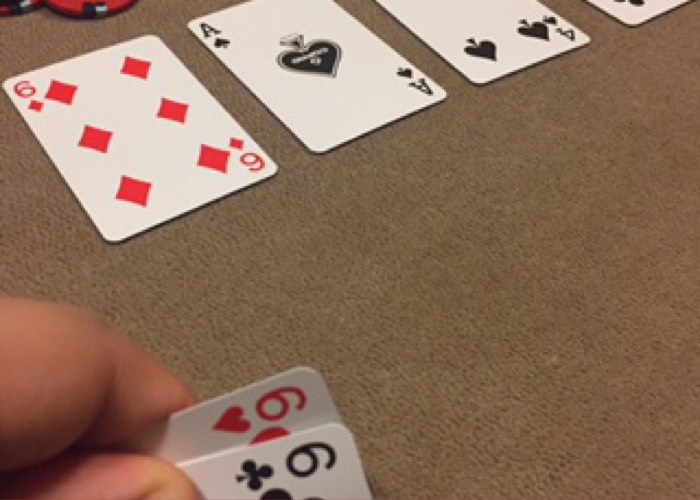 Last Saturday was my monthly poker match.  Well, now that I have two monthly games at different locations I don’t really know what to call it.  I’ll go with, “First Saturday Game” since it occurs on the first Saturday of every month.

We usually start at 1pm but this time we had a late start.  Finally, at 330, we started play.  Some of the players straggled in late and some of the usual starters didn’t show at all.  Oh well, it still turned out to be a great day as we played until 5am.

Wow, I guess the devil wanted to play at our poker game.  After those three hands, I went on a silly run and cashed out for a hefty profit.  It was the longest I have played in a while; 12 straight hours.  Our game broke before the other table, and I decided that I had played enough.  We sat around playing Big Deuce (another game which deserves its own post) until the other players were done around 5am.  Another great night of poker.  Thank you all that participated, and for those that didn’t, maybe next time!