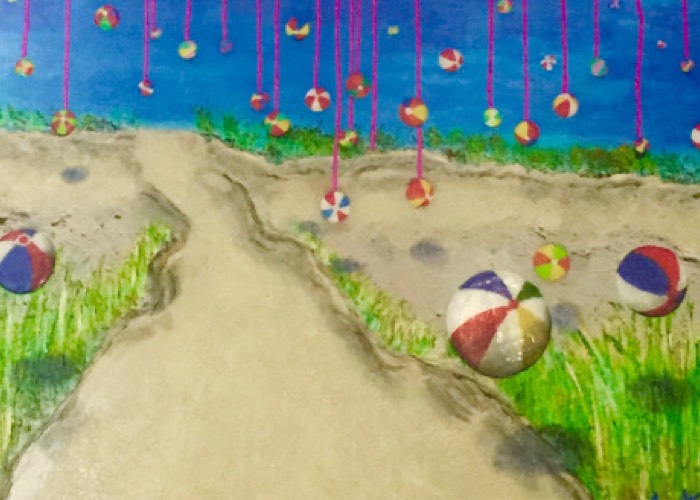 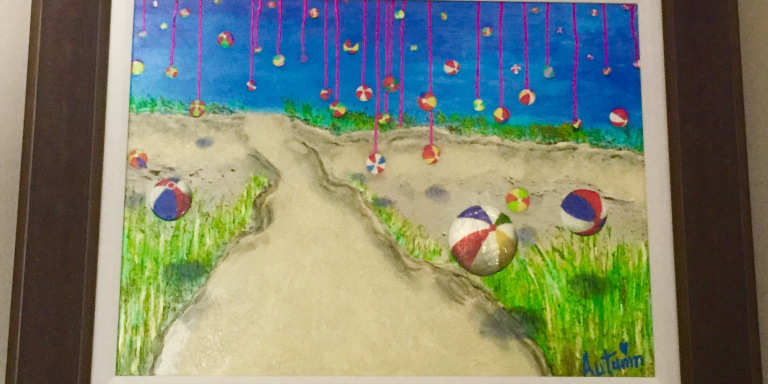 Here I am, sitting at the kitchen table trying to write…well not really. More like trying to get my computer to work. It’s a MacBook and it’s been great. I bought it in 2009. Yes, old for a computer for sure. It’s about ready to retire. No longer supported by updates from Chrome, I couldn’t write on my blogsite. I kept trying to force the page to work and it laughed at me. Over and over it just wouldn’t load.

Frustrated, I looked up. On the wall a painting from a 15 year old girl named Autumn looks back. Fifteen and making beautiful paintings (and lots of $$).  It took me back to when I was 15.  I was playing summer ball in Jasper, Texas in a district tournament. We were up 5-4 in the 5th inning but in a huge jam. Bases loaded and no one out. A visit to the mound brought me from second base to the pitcher’s circle. An odd choice given the situation. Sure my ERA was under 1.00 for the year and I had more wins than walks, but bases loaded and no one out with a 1-run lead wasn’t my specialty. I didn’t throw hard and didn’t strike all that many batters out.  Now I wasn’t thinking all this at the time, I was just thinking get 3 outs like I’ve done a million times.

The first batter hit a slow comebacker to the mound. I threw home to get the out but the batter beat the double play. One out, no runs in. Bases loaded still.

Next batter, hit a rocket back at me. I caught it but the force knocked me backward. I was tripping over the mound as I tried to double the runner off first. The throw was low and wide.  It scooted by our giant first baseman and all three runners scored.  I struck the next batter out.  I threw a perfect 6th and 7th inning but we lost 7-6. Why?  Because I tried to force it. Just like this morning with my computer when I have a perfectly capable iPhone from which I am writing. I should’ve just fell down, taken the out and got the next batter out, inning over. That was 20 years ago and I still remember it.

Autumn doesn’t try to force it. Or maybe she does, I don’t know her. But this Dripping Summer painting doesn’t look forced. It looks like it just happened–smooth and effortlessly.

My life has gotten that way recently–smooth and nearly effortless. It’s the best. In a time of chaos and stress before the holidays, just stop and breathe, and look at the painting. It’ll all be alright. Just don’t force it–and happiness will come. I promise.

1 thought on “Forcing It through a Dripping Summer”