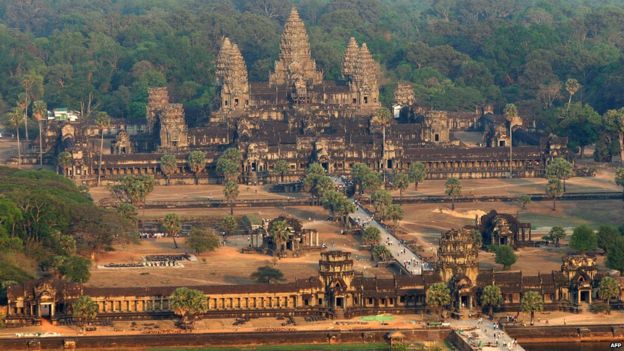 My sweetheart asked me for some poker tournament advice.  I know, and you know, that I despise tournaments.  Cash is king!  Tournament poker is such a grind.  That doesn’t mean that I am ignorant to tournament strategy, it just means I am uninterested.  Anyway, in a ten minute conversation I gave her some pointers:  don’t bleed your chips away by calling, raise raise raise, use position as an advantage.  The same basics that you’ll read in any poker book.  I gave her $35 toward the $60 buy-in tournament later that night.  Three hours later this happened:  The villain announced, “All in,” and she snap called with QQ.  The board runs out Queen high, and the tournament is over.  Yes, at that stage they were heads up, and she won the $1,000 first prize!  Ship the nickels!

What to do with an extra, unexpected thousand dollars?!  Buy clothes?  Shoes?  Manicures?  Pedicures?  Spend it frivolously on nothing?  Play more tournaments?  Nope!  Instead, how about we look for cheap flights to some where fun?!  Sounds good to me!  I’m always up for a discounted getaway.

Yes, I know what you are thinking.  Aren’t you already going to Europe in December?  Well yeah, but that was free.  It didn’t take us a whole lot of time to decide the main attraction of our trip:  Angkor Wat in Cambodia.  It’s someplace she’s always wanted to go, and I want to go to Asia (it’ll put me at 6 of 7 continents visited with only Africa to go!).  Plus, it looks ridiculously awesome!  How people in the 12th century build something so elaborate and so majestic is beyond me, but I think it’s going to be awesome.  So now what?  Flights from Houston to Siem Reap are a bit expensive, way more than the $1,000. So where can we go in that corner of the world to make the flights cheaper?

We thought and thought, searched and searched, and fried our brain-waves.  We toggled between Beijing and the Great Wall, Bangkok, Bali, Australia, even the Taj Mahal!  We even fancied the idea of a trip to Kathmandu to see Mt Everest.  In time, some of these fell off the list.  The Taj Mahal is ridiculously hard to get to, so cross that off.  Airlines are a bit too proud of their flights to Oz, so that one is gone.  The Great Wall almost made the cut, but if you look long enough, the deals will pop up in your face.  Open jaw from Houston to Bali and Bangkok to Houston for $750!  What?!  Yes.  Ridiculously cheap!  Add a one way from Bali to Siem Reap for $100 and a skip from Siem Reap to Bangkok for $60 and waa-laa! Roundtrip travel to exactly halfway across the world for under $1,000; beaches, jungles, and temples included!

Thanks to the lucky ladies winning the final hand of an impromptu poker tourney, we are going to the Far East!  I’ll be sure to tell you all about it, only one continent to go:  Africa!

2 thoughts on “Lucky Ladies to the Far East”