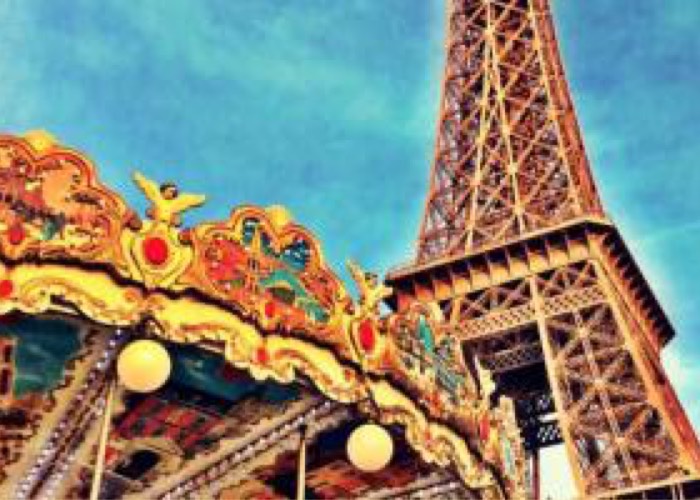 Paris: a destination that most all travelers have at the top of their list. The high school travelers want to go before they start college. All the girls dream of Paris and finding love. All the hype made me put this city at the back of my list. It just seemed so cliché. Where are you going in Europe? Paris. Bleh.

WAS I WRONG OR WHAT??

This is the greatest city I’ve been to—and it’s hard for me to say that because I loved Sydney. There is so much to see and explore. This trip was more like a field trip than a vacation.   I think it felt that way because of our hotel—and because we had a cool little 9 year-old tag along—he was fun!

We arrived at our hotel, after a last minute travel change due to weather, a day early. The Hyatt Regency Etoile gave us a complimentary room for half a day (6am-3pm) because we were exhausted. That was sweet of them. The service at the hotel was great…but the hotel itself could use..um..something. They were renovating, but the place seemed bland. Anyways, let’s save that for another discussion. 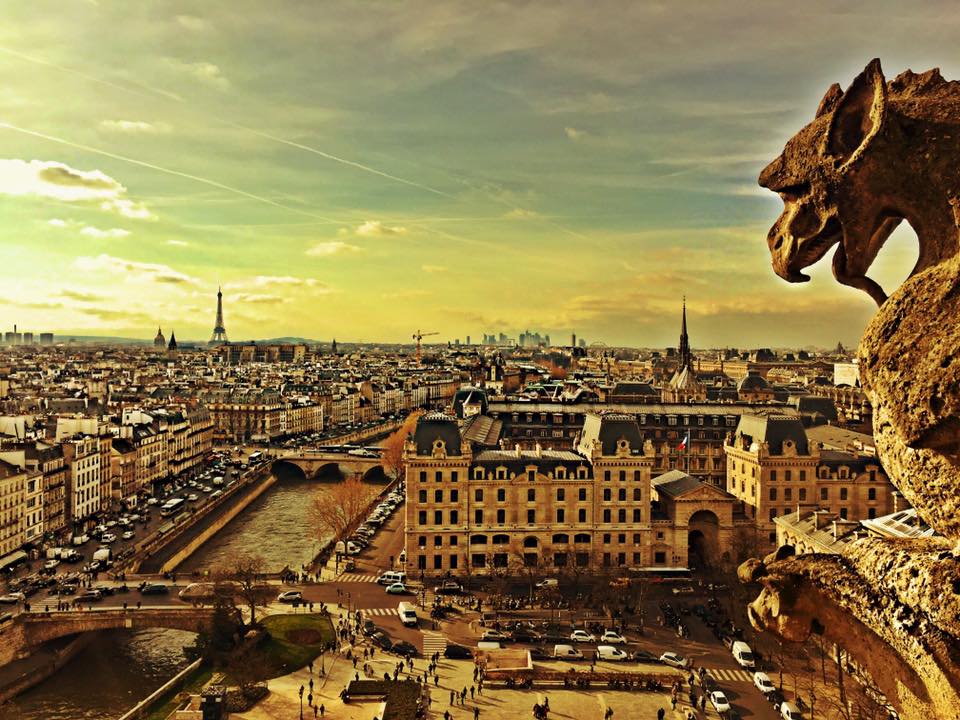 Paris. Ah. We had no real plan. We just wandered about and decided where to go on the fly. First, we went to Sacre Coeur, because my wife said, “This is the best view of the entire city” I’m not sure which was better, the view or the street waffles, both were sooo good!

The Louvre. So grand, so big, so amazing. Mona Lisa and Venus de Milo highlight the famous works, but there is just so much. The tables, the tapestries, the diamonds, the statues, paintings…I can’t describe it….just go. Just go! 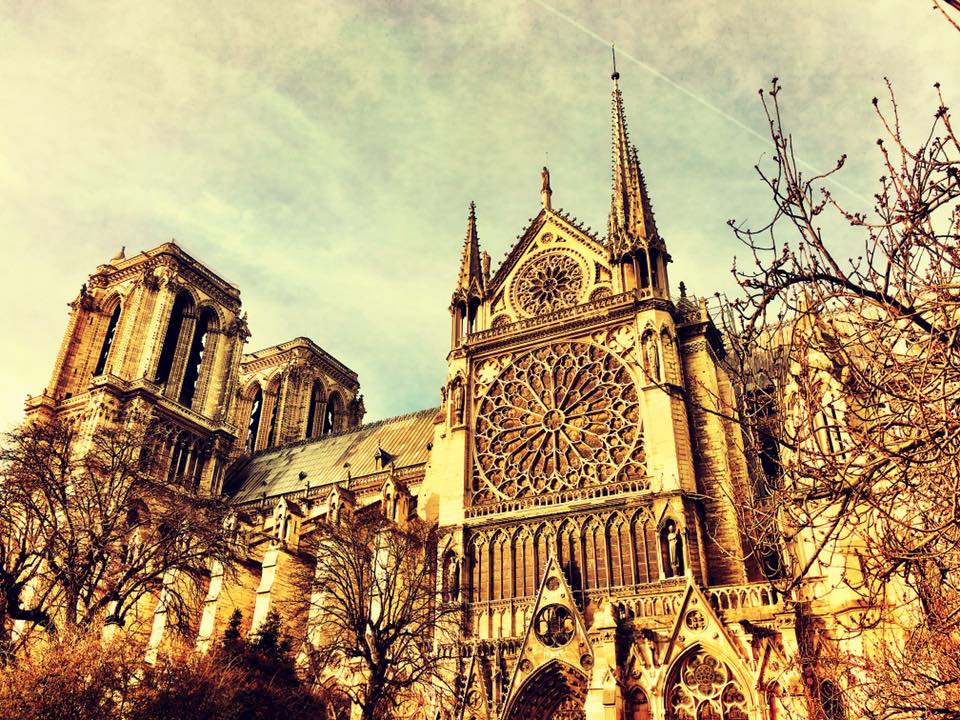 The Notre Dame. Now that is something spectacular. We decided to make the 400-step trek up the stairs to the top. Why? Because my wife said, “This is the best view of the entire city.” Ok! Let’s go. It was worth it—breathtaking.

The Luxembourg Gardens and the Tuileries were very nice as well. Children playing soccer, couples strolling about, statues, nature—everything is so clean and beautiful. 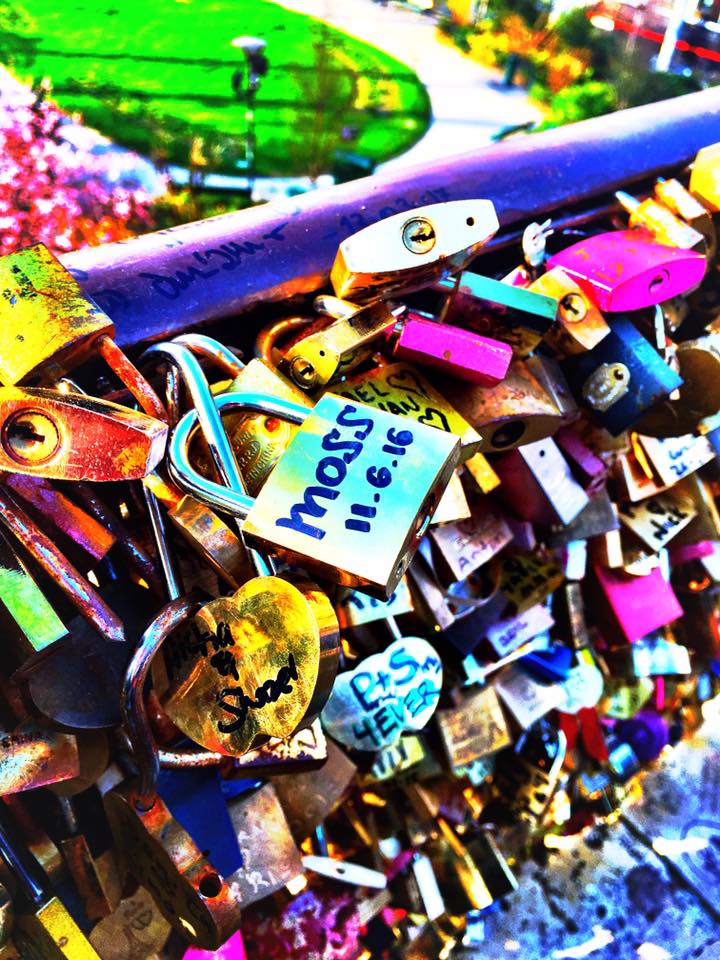 We placed a lock on Lover’s Bridge, walked along the river gazing at street artists and various vendors, and stopped for ice cream. On this day we just wandered about, looking for some glass building that we never found. But what we did find was the ferris wheel. A GIANT ferris wheel. Those of you that know me know that I get motion sickness super easily–couple that with a fear of heights, and any kind of carnival ride makes me severely sick. They wouldn’t go without me though so I succumbed. And why? Because “this is the best view of the entire city!” Hmmm…I think I have heard that before. The ferris wheel was great.  It moves super slow so I was ok!  Plus, a view of Champs Elysees, the Eiffel Tower, Notre Dame, and “the entire city.” 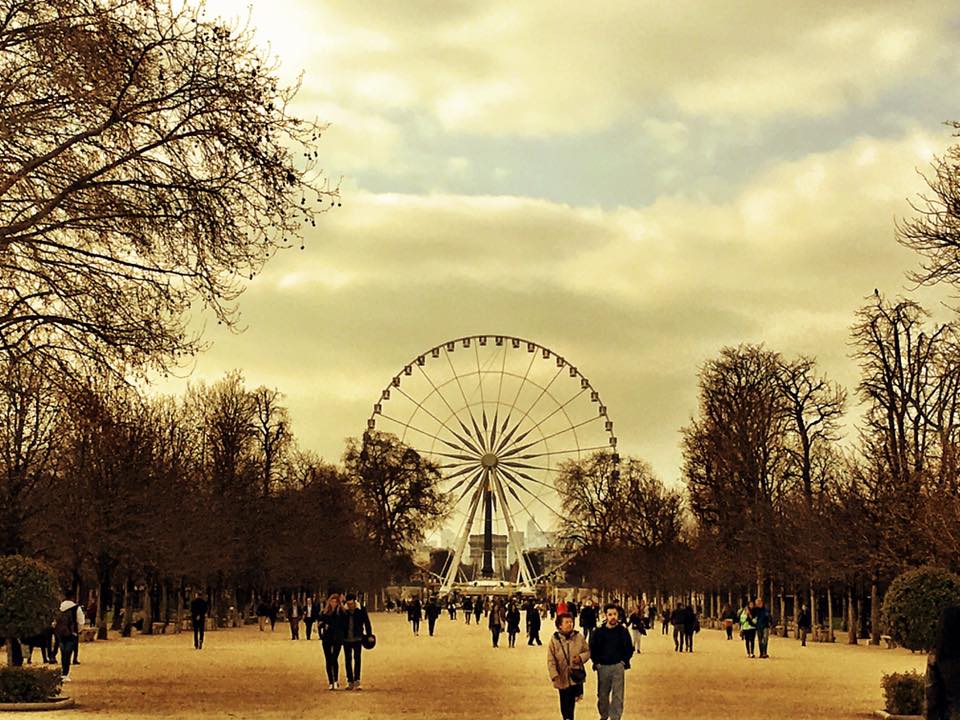 Paris was great. I would love to go back, and I will. I want to eat more waffles, have more coffee and wine, and I want to find the lock that my sweetheart and I put on the bridge. Because holding her hand and walking about was “my best view of the entire city.”